The official thread designation is "Ttex" and its abbreviation is " tex " is referred to in the textile industry for yarn fineness. The first number indicates how many grams weigh 1 km of single thread. The next numbers indicate how many simple threads and how the resulting thread is woven. It follows that the higher the first number, the stronger the base thread (the greater the weight of the thread per km). 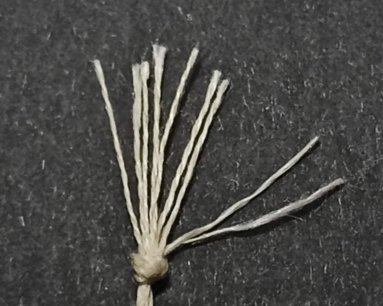